During my first class at NYFA, our instructor (Billy or William Tyler Smith) talked to us about pictures. Not films but photographs. One of the first things I learned in this program was about telling a story through a still photograph. He asked the class what makes a good picture and what makes a good scene in a movie. He was pretty harsh in dismissing the obvious answer of "it's aesthetically pleasing." "NO!" he said. A picture could be horrible and make you want to turn away but still be a good picture. He said a picture could NOT tell you something and let your mind do the rest. That is the definition of a good picture. One that can stand on its own, tell a story and make you FEEL something. If you feel what the artist intended even better, but as long as you feel something, that is a good picture.

My mind immediately went to Tobe Hooper's Texas Chainsaw Massacre and the scene where the woman gets up off the swing and walks to the house, and her back is exposed. If you've seen this movie before, you know what is coming up. That is an awesome shot. Maybe I know too much about the film but that shot makes me feel like that house is foreboding and the woman is vulnerable going into it. It tells a bit of foreshadowing too, eh? Watch the film if you haven't seen it.

Billy they showed us a few of his pictures and asked us how they made us feel. This was the first one he showed, "A stairway to heaven." 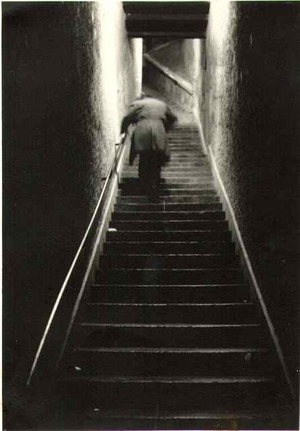 How does that make you feel? It's a great shot isn't it? We talked about it for at least 20 minutes. There is so much nuance and subtext going on with this picture. It definitely tells a story.
We did this for a few more pictures and by the end of class I was inspired. Billy said that every filmmaker should become a still photographer first.

Prior to taking this class all the pictures I took were designed to be ascetically pleasing. This was the first pic I took after that first class. 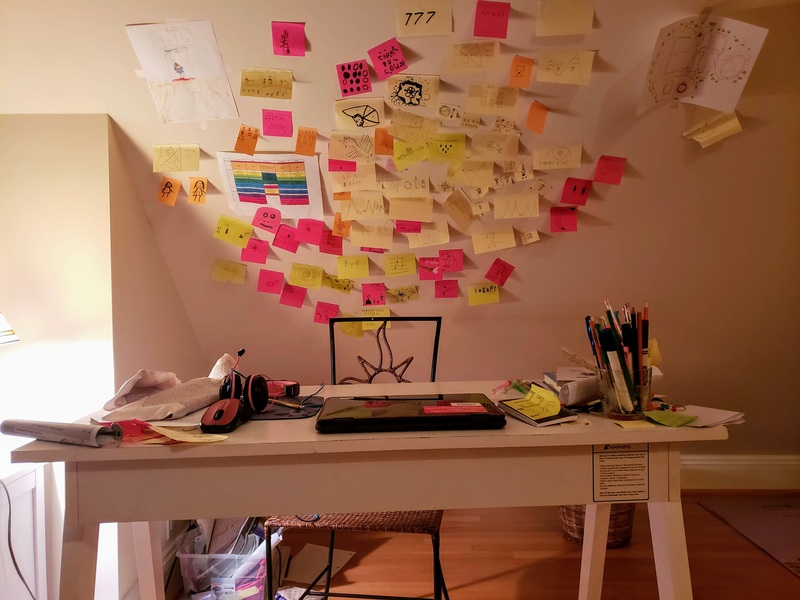 Does it tell a story? I hope so. One of my friends commented on it saying "This pic stresses me out." That was one of the best compliments I had ever received on my pics. That is EXACTLY what I was going for. This picture, to me, tells the story of us being almost a year into this damn pandemic and the stress of a child working through it. This is my daughter's remote school area. I see this setup every single day. It wasn't until I came out of that first class that I saw the melancholy and beauty and was inspired to take a shot.

Now there is a whole other story about how to actually take good pictures using a camera, more tactical but that is a different class and story. For now, I think Billy is onto something with filmmakers becoming still photographers. It seems such a simple concept but, being able to tell a story in a single still, that's powerful.